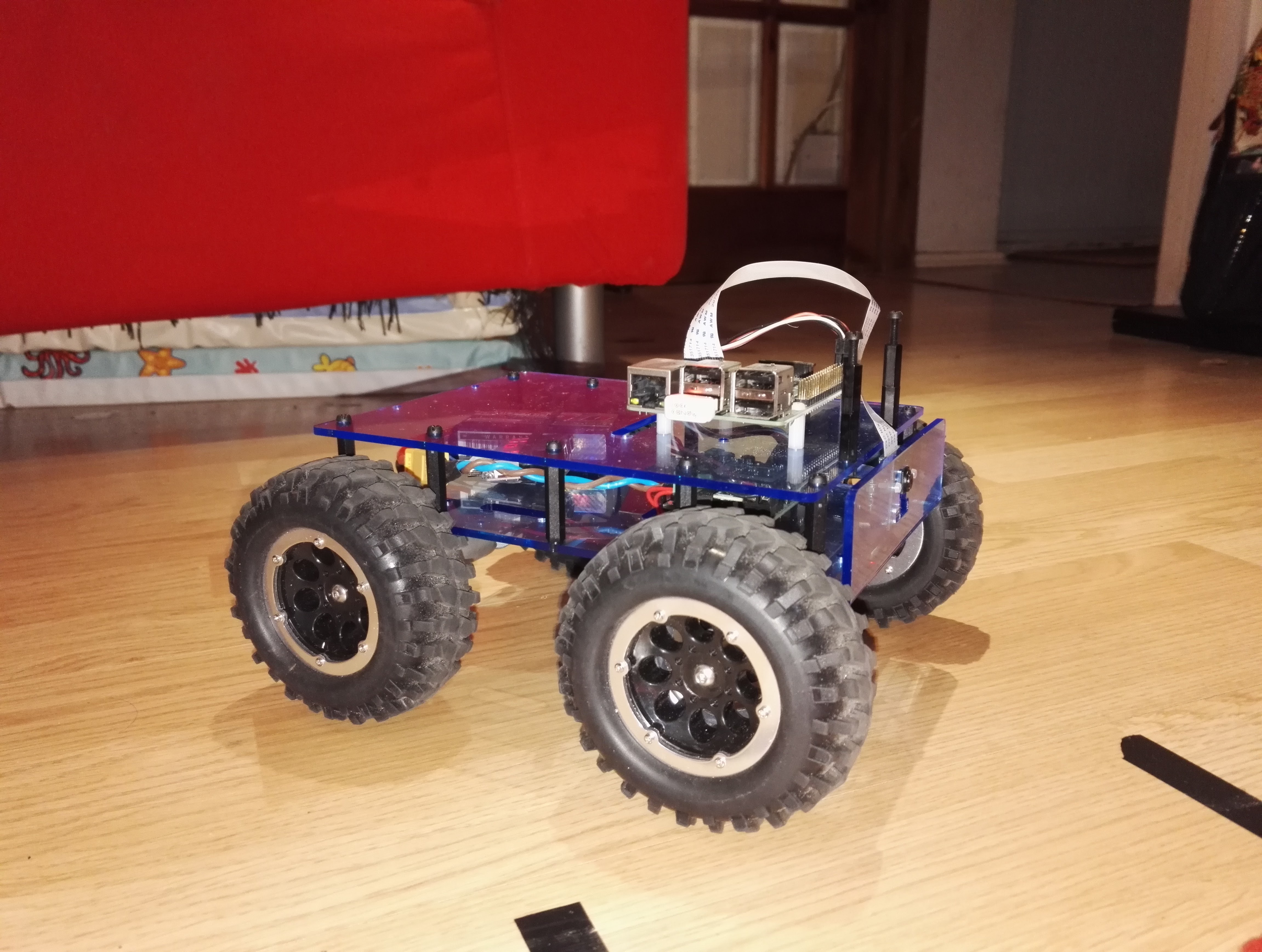 It’s less than two months, to Pi Wars and current built status is that I have a chassis based on Tiny the robot, I designed for my MagPi robot magazine articles, but about double the size. I’m using i2c to add sensors for the line following, speed and maze challenges. I still have to develop a device for the skittles and golf challenges. I think it will built around a solenoid for kicking the balls and use servo arms to control the balls. For the line following I have i2c eight array sensor.

The robot is built around a Raspberry Pi 3 with my own designed DC 2 DC breakout broad for a Murata OKI-78SR-5/1.5-W36-C, so the robot can run from a single LiPo 3 cell battery. Manual control is with a Rock Candy PS3 joypad, the user interface will be controlled with the D-pad on the Rock Candy controller and a Pimoroni Rainbow hat.

Over the next couple of weeks, I will be working on the maze and speed challenges as they are the challenges I find the hardest because of the coding.