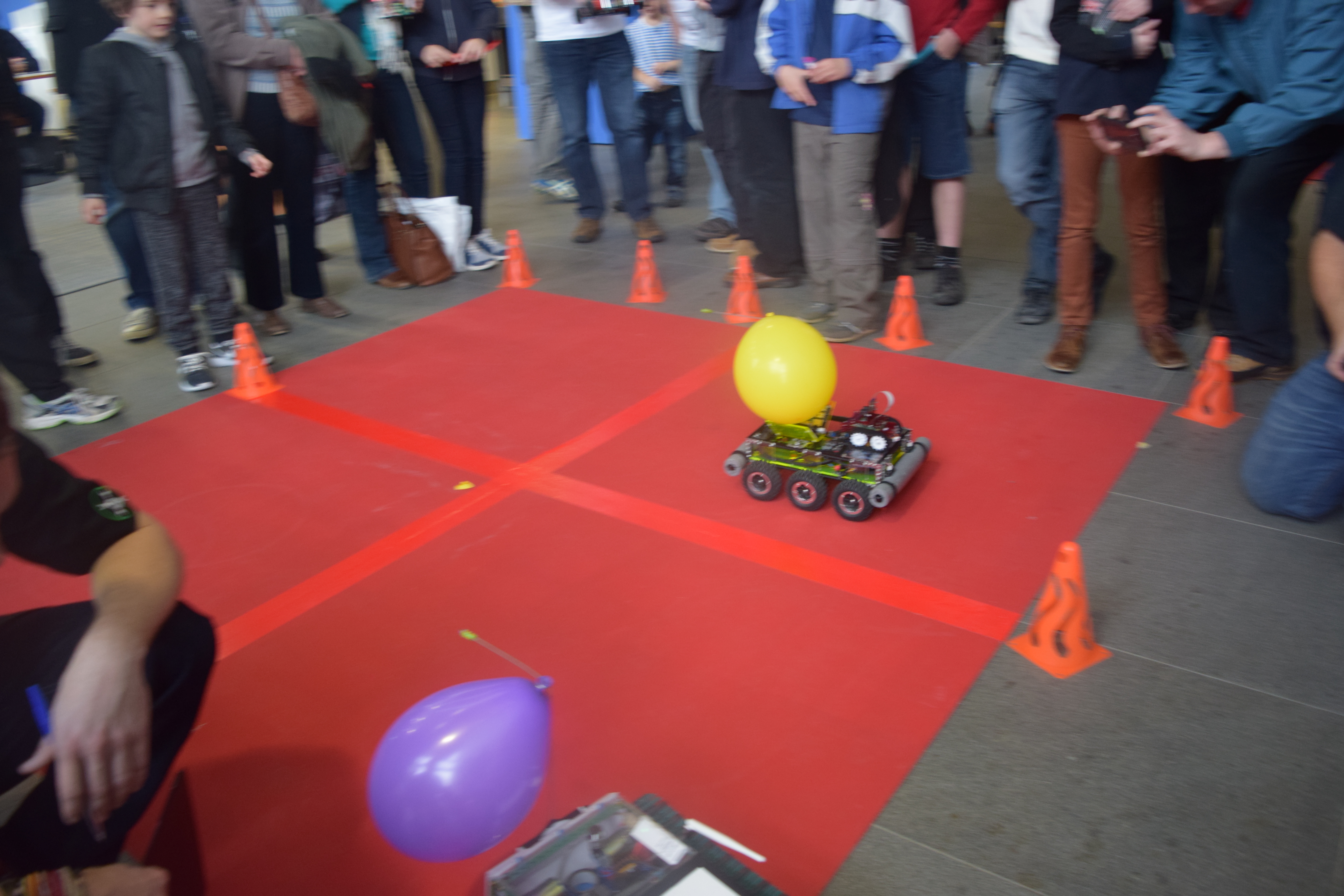 It’s only 15 days to the Raspberry Pi Birthday Party, and I have a mad idea for the party. PiWars was great fun, and Pi Noon was a great crowd pleaser, with the release of the Pi Zero, I think it would be great fun to have a micro version. So my mad idea is Micro Pi Noon!

Micro Pi Noon is an open event, just turn up on the day with your sub A6 Raspberry Pi robot. Ideally it will be based around a model A+ or Zero but you can use any Raspberry Pi model as long as the overall footprint is sub A6 size. The battles will be a fought on a 1m squire meter arena. To win the battle you must pop the balloon of the other robot, within 3 minutes. A wire holding the balloon will also hold a pin for balloon popping.

Don’t worry if you don’t have a robot there will be house robots that you can use.

If you have any questions about the event they must be directed to me, not Mike or Tim as they have enough already on their plates with the party. Any questions via my twitter account @CannonFodder or the comments of this page and will be answered as quickly as work, life allows.

Your robot must be controlled by a Raspberry PI and be smaller than an A6,

Each round will be 3 minutes long.

Your robot must be able to hold a wire between 2mm and 3mm diameter, 10mm off the ground. The method of attachment (shown below as the ‘fixing contraption’) can as simple as gaffer tape. A diagram is shown below.

The winner will be the first robot to pop the other robot’s balloon.

In the event of neither robot winning outright after 3 minutes, the judge will make a decision based on control and “aggression”.

Intentional damage to another robot will result in disqualification. It is up to the driver of each robot to ensure that no damage is caused.

2 thoughts on “Micro Pi Noon at the Raspberry Birthday Bash”